Quit Lying to Yourself

2017 has been the best year of my life. Honestly, everything before moving to Colorado for the summer isn’t very memorable, but my move to Colorado for summer break changed my life forever; furthermore, this time away and on my own set a precedent for my return back to Chicago and finishing my time as an undergrad. The time on my own gave me a glimpse of life outside of school and feeling constricted by the societal norms school often confronts you 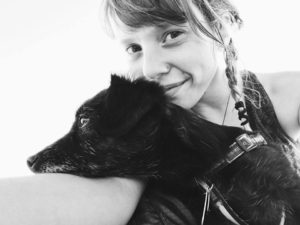 with, and it was the most liberating and fulfilling experience I never saw coming.

I fully grasped life without an eating disorder this summer. I once said that I’ve reached life without an eating disorder before, but it wasn’t until this summer that I knew I finally reached a recovered life. Recording an episode of the Power Company Climbing podcast equipped me with accountability and continued to inspire me to inspire others (including myself). I climbed all over Colorado and Utah and got to experience a part of the country in a way I’ve never had the opportunity to do before. I was free to do what I wanted to, and although at first this time I had to do what I wanted gave me apprehension, it was the unknown that led me to find inspiration for how I wanted to spend my life. ED did not deserve to occupy my time. My sixteen-mile trail run with over 5,200 feet of gain wouldn’t have been possible if ED had been as prevalent. Me climbing my first offwidth and what I think to be the hardest climb I’ve done on gear wouldn’t have been possible had ED been as prevalent. Meeting and spending time with people I’ve grown so close to wouldn’t have been possible had ED been as prevalent. A life without ED is a life worth living. It’s robust and full of opportunity, and the opportunity only continues to flourish for every day that goes by without me feeling the need to punish myself for nothing I’ve done wrong.

I’m baffled by what about this summer give me the sense of freedom I certainly did not feel before I moved, but I know that something in me gave me the strength to genuinely overcome what’s taken so much joy from me for so long. The days of micromanaging every morsel of food I ingested and every second of exercise I desperately fought through dissipated, and in replacement came the idea of intuitive eating and exercise – a concept I hadn’t heard of until religiously listening to podcasts such as Body Kindness and the Food Psych Podcast in addition to scouring the blogs of Imma Eat That and The Real Life RD on the reg. What once was “if I ate x many calories at this meal than I can only eat y and z at the others” and “I ate carbs at this meal so I can’t the rest of the day,” transformed into “I’m worth more than my eating disorder, and I choose to eat what I want, when I want, and without feeling the need to overly control it.”  It may not seem drastic, but when you’re paralyzed by something that controls what you physically have to confront daily, regaining your foot and relearning how to walk is borderline wizardry. It’s been wild to watch my own progress and even more so to give myself compassion for everything I’ve been through and done to get back on my feet.

So what does my life without ED look like now rather than what I thought my life without ED looked like before? I don’t limit myself to one “risk” food per week, and I certainly don’t eat one “risk” food only on a day that I’ve exercised. For example, last night I had a cinnamon roll and this morning I had a biscuit to go along with my omelette. I would never have allowed myself to do this before. I once thought recovered eating was eating a risk here and there, but recovered eating is not having risks and eating foods at your pleasure. I’ve been going out with friends and drinking (I used to never drink due to the fear of empty calories and weight gain), and I’ve never had to fight anyone on where we go out to eat because I don’t feel the urge to take control of that choice anymore. I’ve finally witnessed an outside perspective of the prison I resided in for almost a decade now. It’s as if the door to my prison cell was always unlocked, but I was shackled down to my bed by an intangible entity and I couldn’t escape without the help of myself. There was never a get out of jail free card, and the work I’ve put in to finally bailing myself out has been harder than any climb I’ve ever tried or any math test I’ve ever taken. The enduring shit is worth battling for, and I can humbly say I’m living proof of that. I’ve stopped lying to myself about recovery, and I never knew I was lying until my faux-recovered life juxtaposed with the treasure I get to describe my life as today. 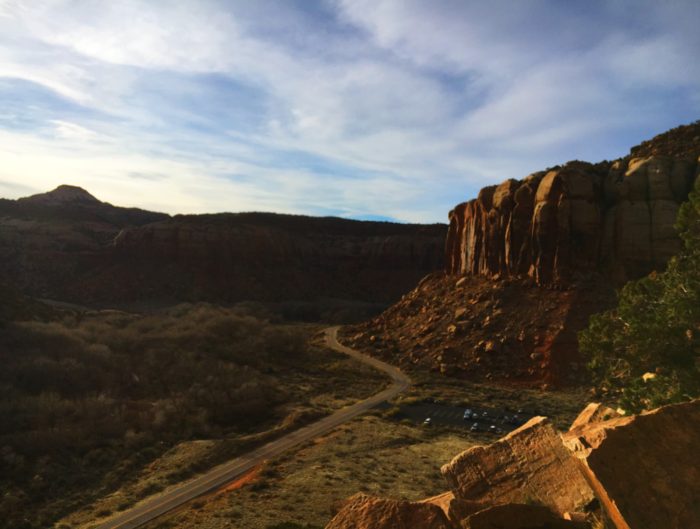